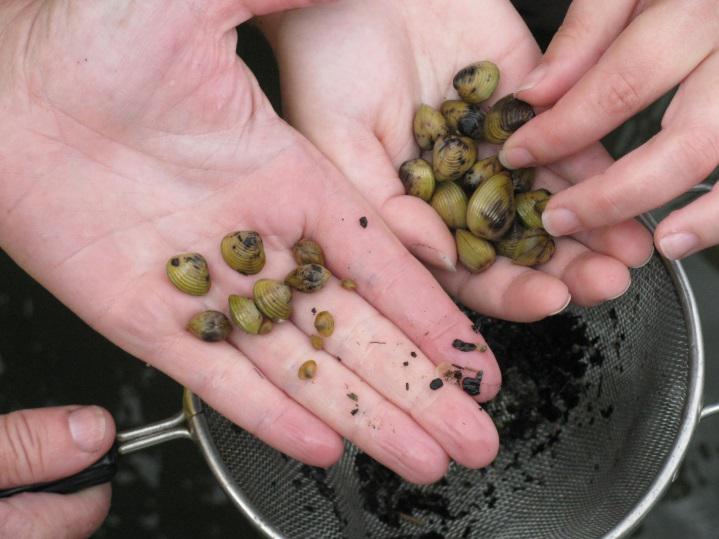 Asian clams (Corbicula fluminea) are small, filter feeding, freshwater mollusks that are native to southern Asia, Australia, and the eastern Mediterranean. Asian clams are brown to golden in color and range in size from ¼ inch up to 1 inch or more. Asian clams are most often found on the sediment surface or slightly buried below the sediment.

Asian clams were first collected in the United States in 1938 along the Columbia River in Washington and are currently found in 38 states and the District of Columbia. They were discovered in both Lake Whatcom and Lake Padden in 2011, and were found in Lake Samish in 2019.

Asian clam populations can reach densities of over 5,000 clams per square meter. Asian clams prefer sandy substrates and, unlike the invasive zebra and quagga mussels, Asian clams do not have the ability to attach to hard substrates using byssal threads. The clams may be introduced by bait buckets, aquarium dumps, on wet gear, and through boating activities. The larval form of the clams can be transported in lake water on boats and gear as mentioned above, but are virtually impossible to see with the naked eye.

These clams have the potential to alter nutrient cycles by making phosphorus and nitrogen more available in the water column. They have also been associated with dense algal blooms, and can make recreational areas hazardous and uninviting when their shells accumulate on beaches and in swimming areas. Asian clams can also outcompete native clams and mussels for food and space resulting in reduced biodiversity.

Management efforts have mostly focused on trying to reduce Asian clam populations rather than on eradication because it just takes one clam to start a whole new population. Lake Tahoe, in California/Nevada, and Lake George, in New York, have used benthic mats to starve the clams of dissolved oxygen and significantly reduce their populations. Draw downs and freezing may also be effective management options for stressing nearshore populations and for making swimming/beach areas less hazardous for recreational users.

Our best management option is to prevent the spread of Asian clams to new waterbodies by cleaning, draining, and drying boats (including any gear) and never dumping bait buckets or aquariums into waterbodies. 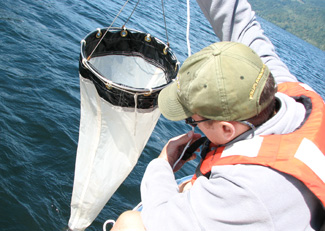